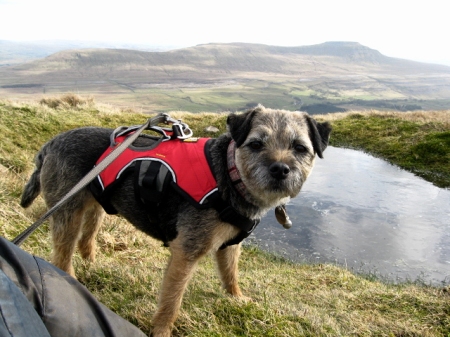 Piggly and I had a great day out today.

It looked from the forecast as though this was likely to be the only decent day in the next couple of weeks, and so Piglet suggested that we should get out and do something more substantial than our usual routes, to make the best of the weather. Catty suggested Ingleborough and Whernside (I suspect he was hoping to get rid of us for a whole day), and it sounded like a good plan to Piggly and me and so we did 🙂 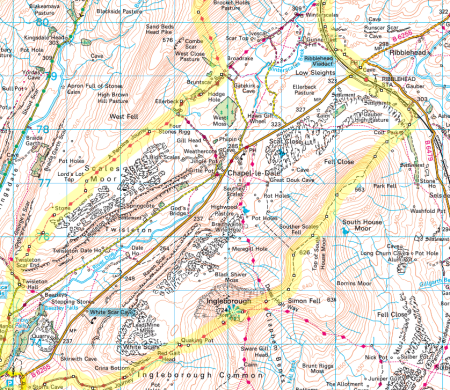 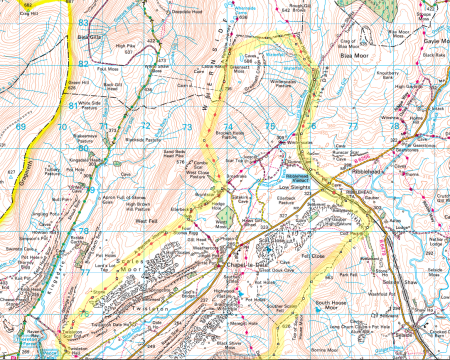 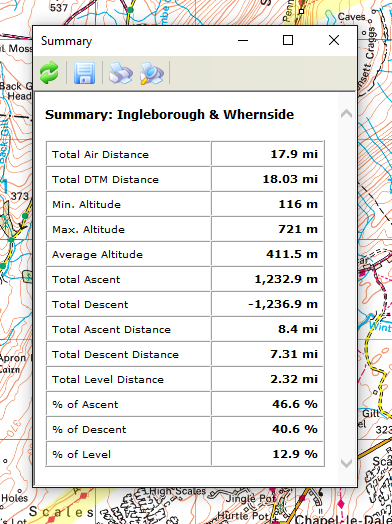 We’ve done Ingleborough and Whernside  several times before, but today we took a different route. Rather than descending steeply from Ingleborough towards Chapel-le-Dale and climbing up via Ellerbeck and Bruntscar to the top, before retracing our steps in order to descend, we continued after Ingleborough via Park Fell right down to the railway near the Ribblehead Viaduct, and went up Whernside from there. Afternwards we went down via Ellerbeck, crossed Scales Moor and–after descending the extremely steep Twisleton Scar End–bimbled back along the road to Ingleton.

There was only one point at which we were irritatingly misplaced. On descending from Park Fell Piglet persuaded me that we should bear left, but that wasn’t a good idea because we were faced with the railway line and no way to cross it. We therefore had to retrace our steps in order to come out at the point at which there’s a little bridge. Bizarrely, soon after that, a bloke asked me for directions! He must have been truly desperate 🙂 I was able to point him towards Horton in Ribblesdale, though, with the assistance of ViewRanger on my iPhone, so it was okay in the end.

I’m about to have dinner, and Piglet is already curled up on the sofa. Judging from the mess in the house on our return, the Cat has had all of his pals in! 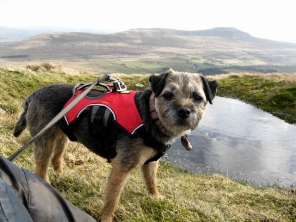 “I is beautiful mountain dog.”

Starting up from Ingleton

Looking over towards Whernside 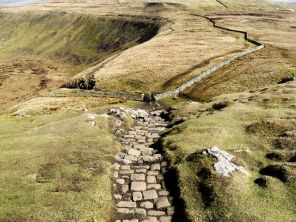 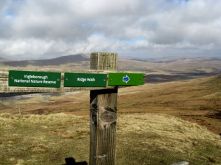 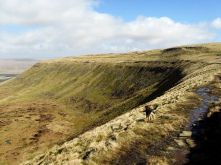 Piglet checking Ingleborough is still there

Down towards Park Fell

Looking over towards Whernside again

The trig point on Park Fell

Start of the descent from Park Fell towards the railway line 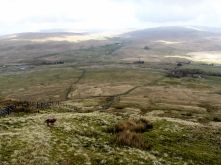 Finally, the bridge over the railway line

Short trip along the road towards the viaduct

On the ascent towards Whernside 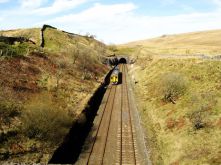 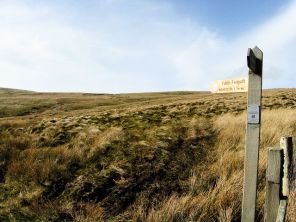 Pretty little body of water at foot of Whernside

Whernside ahead, Ingleborough in background

That’s where we were earlier. Down the shoulder from Ingleborough. 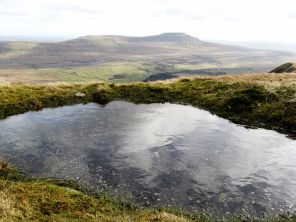 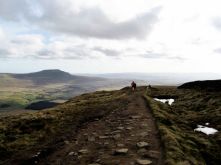 Runners passed us going down, and Piglet left with them. For a few minutes I thought she was gone!

Much kudos to the path builders, but I think these lips are very dangerous.

Looking over to Ingleborough. We’re almost down to Bruntscar now.

Some 7 hours or so into the walk we stopped for a butty. Piglet gazes back towards Ellerbeck.

Aiming for the dip on the skyline.

Passing through the dip.

Over Twisleton Scar End towards Ingleton. 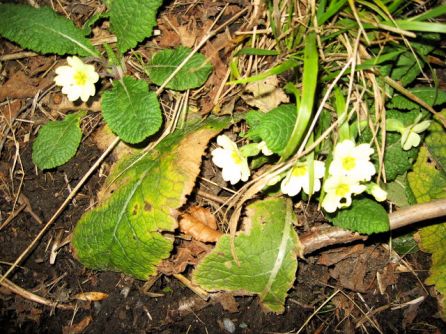 This entry was posted on Friday, March 25th, 2016 at 11:08 pm and is filed under Walking. You can follow any responses to this entry through the RSS 2.0 feed. You can leave a response, or trackback from your own site.